2016 has been a year of playful rediscovery for me and with this has come shelling out for some new things, these being a really needed antidote to using a computer (DAW) so much over the last few years. 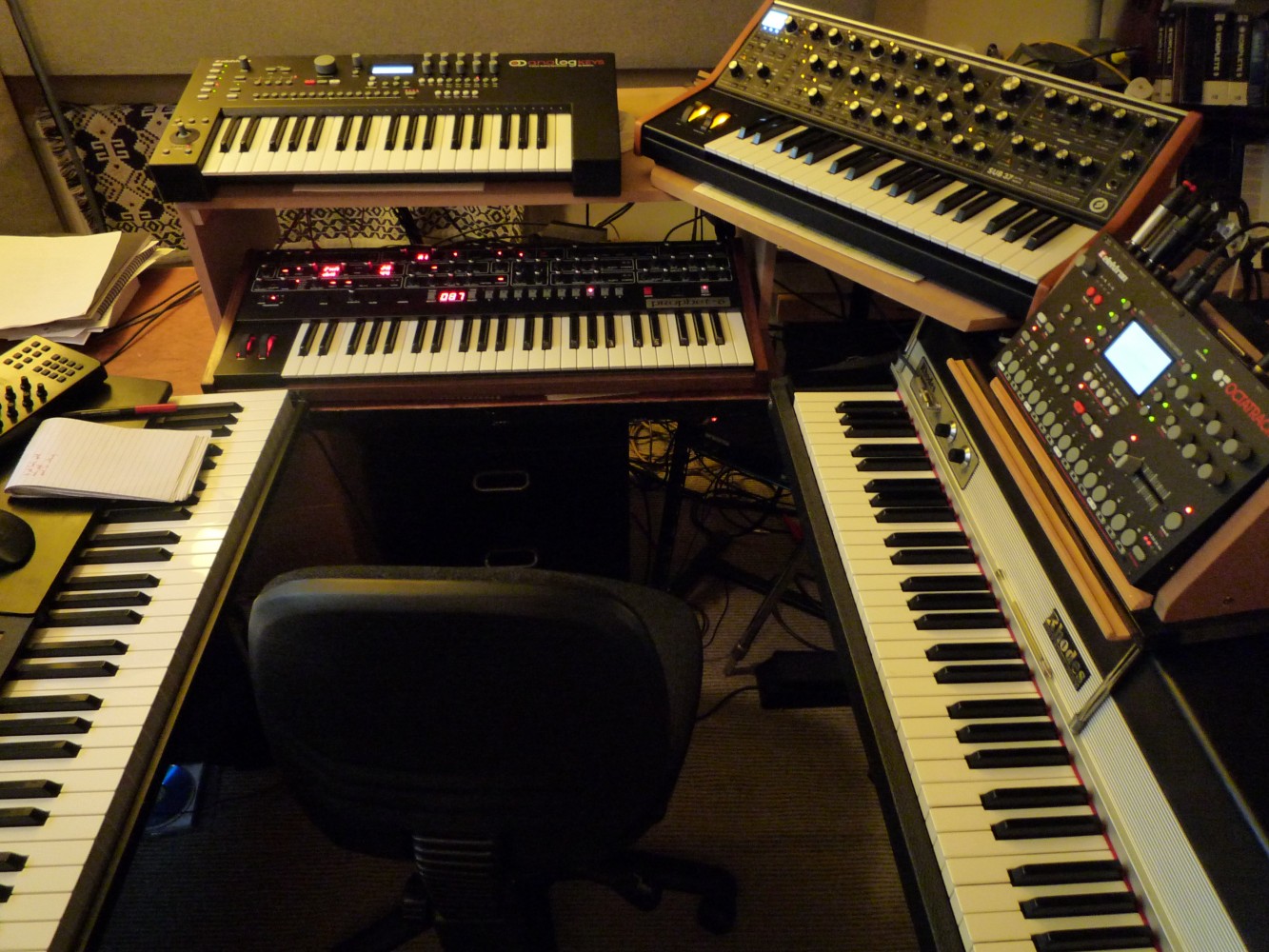 Computing power and music software has moved on so much. The first VSTi from Steinberg in the form of the  Neon synth
seems like not too long ago (yikes! it's actually 1999). It's just crazy how much you can do with a computer and how good some hardware emulations really are now. I am amazed at the work of U-He instruments and effects as well as the quality of VSTs from Uhbik and DMG-audio to name but a very few. So much care going into creating truly useable and great sounding plug-ins. There are monster synths such Omnispehre 2 that can do a staggering amount of synthesis and sound design.....and all in the box.
But here is the thing, something has been missing for me ever since I said goodbye to the last of my Synths (a little Moog Rogue). I looked back to times when I played for hours on a 'digital' Roland D50 (1987) and exploring what it could do. The1980's saw amazing 'digital' synthesizers such as the Yamaha DX7 (1983), a brand new one of which was keenly shown to me by a family friend so I got to have a go. THe 1980s was a crossover point for synthesizers with Digital  synths slowly taking the place of Analogue. Analogue Synths always had a reputation for reliability issues, tuning fluctations amongst other niggles, but recently this has all has changed.
So this year with the exciting fact that really great companies are on full steam ahead with the building 'modern analog' synthesizers,  I made some changes.
Legendary names such as Sequential Circuits  have recently been brought back to life (returned home to Dave Smith) with a logical progression of the Prophet 5 resulting in the Prophet 6, evolution has been realised. Moog have released a really fun synth in the form of the Sub37 and I have become fascinated by the fresh approach of the Swedish company Elektron with their sequencer/sampler Octatrack and Analogue Four Synthesizer.
So after a bit of shopping I have laid down the foundation for new projects that I am currently working on, and with far less time in front of a computer screen. It is great to see great sounding performance related analogue instruments being made again.
Tweet